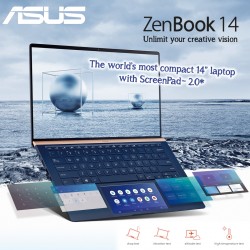 by Chanel is a Oriental Floral fragrance for women. Coco Mademoiselle was launched in 2001. The nose behind this fragrance is Jacques Polge. Top notes are orange, mandarin orange, orange blossom and bergamot; middle notes are mimosa, jasmine, turkish rose and ylang-ylang; base notes are tonka bean, patchouli, opoponax, vanilla, vetiver and white musk. This perfume is the winner of award FiFi Award Best National Advertising Campaign / TV 2008

Chanel S.A. is the fashion house founded in 1910 by Gabrielle Chanel (affectionately called 'Coco' by friends). Chanel created a real revolution in the fashion world with her simple, elegant fashions of timeless appeal. She was one of the first designers to introduce pants for women, and is widely credited as the creator of fashion staple "the little black dress." Ms. Chanel maintained creative control of the design company until her death in 1971. Karl Lagerfeld took the helm as chief designer in 1983.

Chanel created a similar revolution in the world of perfume with its first fragrance, the iconic Chanel N°5, first introduced in 1921. This fragrance continues to be a worldwide bestseller, maintaining contemporary appeal with innovative advertising and celebrity endorsements. Chanel N°5 and many of the house's oldest enduring fragrances were created by Ernest Beaux. Since 1978 the in-house perfumer for Chanel has been Jacques Polge.

Gianni Versace fell victim to an American spree murderer in 1997, but the company continues offering fashions and fragrances under the direction of his family. Sister Donatella, formerly the vice-president of the company and the leader of the Versus division, as well as Gianni Versace's longtime muse and the inspiration for the fragrance Blonde (1995), took over as creative director. Older brother Santo Versace is president and CEO. Niece Allegra Versace is 50% owner of the company.

Has 117 perfumes in our fragrance base. Chanel is an old perfume house. The earliest edition was created in 1920 and the newest is from 2019. Chanel fragrances were made in collaboration with perfumers Jacques Polge, Ernest Beaux, Olivier Polge, Henri Robert and Christopher Sheldrake.

WE'RE MUCH, MUCH MORE THAN JUST A eCommerce WEBSITE THROUGH OUR LONGSTANDING CONTACTS THE WORLD OF PERFUME - WE HAVE OUR FINGER ON THE PULSE-POINT OF EVERYTHING THAT'S HAPPENING - AND WE ARE DELIGHTED TO SHARE IT WITH YOU HERE

SOLD OUT
Trussardi Black Extreme Men E 100ml
Description:   The composition opens with a luminous and shiny union of Italian lemon and arom..
$37.87
Add to Cart
Add to Wish List
Compare this Product